90 years has flown by and we don’t look a day over 60! (Well, some of us anyway.) Thanks to the support of the La Crosse Area, this amazing tradition is at a milestone. Help us count down to 2020 by supporting this annual event.

Get your family and friends together, come to either Grandad Bluff or Pettibone Park and shoot some shells every night (except Christmas Eve, Christmas Day and New Year’s Eve) at 6 pm.

Suggested donation is $25 per shot, with the proceeds going towards putting on the New Year’s show. Click here to see the availability calendar. Click here to sign up for a date.

Thanks for being a part of one of the longest running New Year’s Eve fireworks celebrations in the United States! 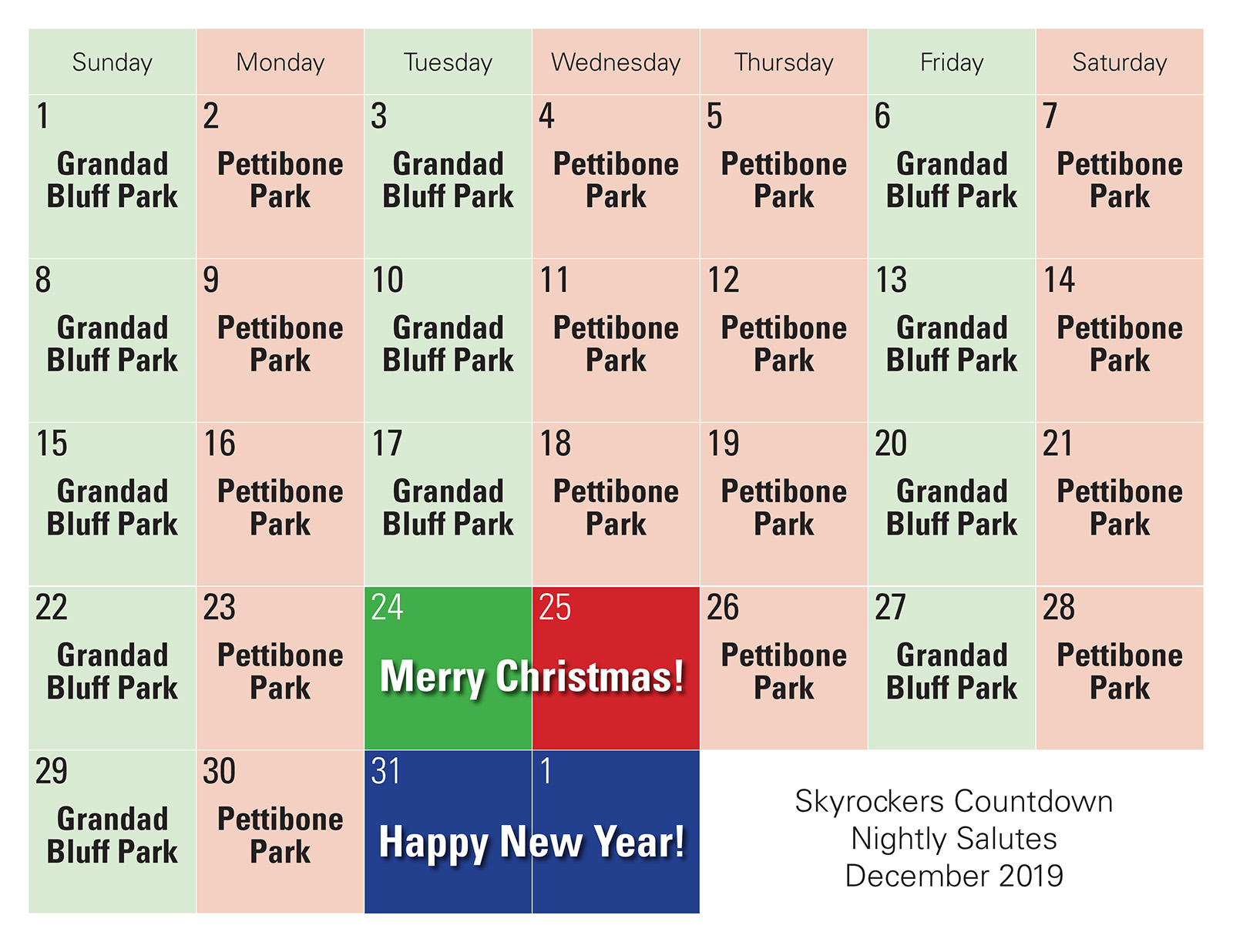 It’s that time! 2018 is almost here and the Skyrockers would like your help counting down to the new year. Click here to sign up for a date! 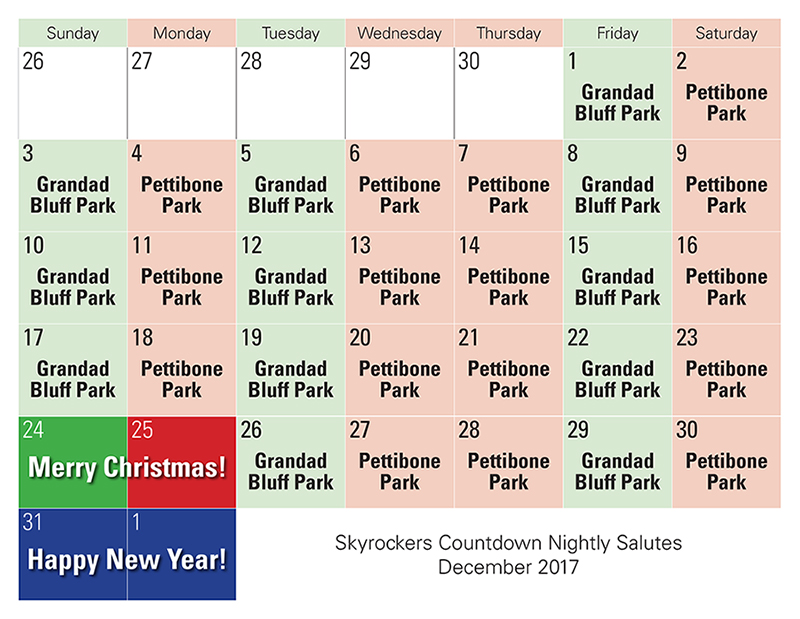 Hard to believe how fast we made it here, so we wanted to give you a quick update on what we have going on leading up to 2015!

First off, registration is open for the nightly shots during the month of December to count down to the New Year. Take a look at our calendar to check for open dates – we typically can have multiple groups a night, and we do multiple shots per group! If interested, please send an e-mail to showdirector@skyrockers.org so that we can get you on the calendar. Suggested donation is $25 per shot, with the proceeds going towards putting on the New Year’s show.  Don’t worry, if you do not see your appointment on the calendar yet, we just may have been too busy stuffing mortars to add it right away!  (wink, wink.)

Next, we would also like to mention our Open House! The fourth annual “Stuff the Mortars!” family open house and fundraiser will be held on Saturday, December 6th from 1pm to 4pm at Myrick Park in La Crosse. We will have displays available to educate anyone interested on how fireworks “work,” refreshments, and even some demonstrations allowing people to have a chance to push the plunger and set off some pyrotechnics. If that is not enough to light your fuse, we will also have a chance for anyone who attends to sign up to win a nightly shot up on the bluff! For more information, feel free to contact us either in the comments on this post (below), or drop us an e-mail at prdirector@skyrockers.org

Looking to get your fireworks fix a little sooner? We will also be making appearances at the Rotary Lights opening the day after Thanksgiving for their 20th anniversary!

Thanks for reading, and we hope to see you soon!